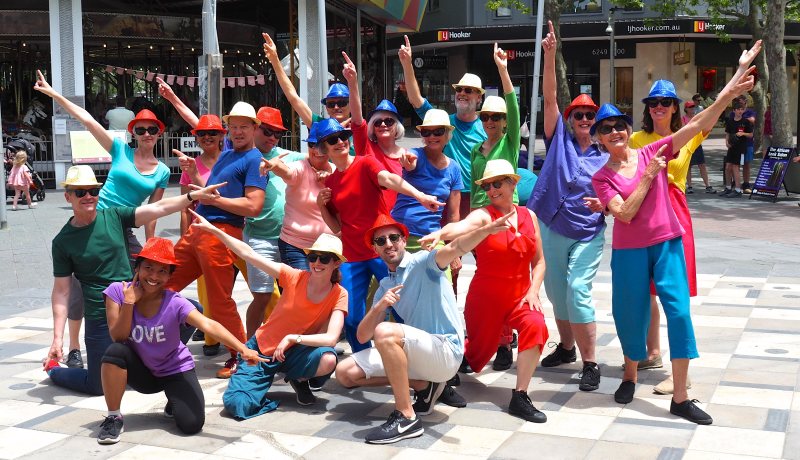 Whether they were a seasoned ‘mobbers’ or their secret desires was yet to be realised, CDT members were invited to be part of a FLASH MOB staged on Saturday 7 December 2019. The event started with a PROCESSION through City Walk choreographed by Ashlee Bye, then the FLASH MOB DANCE choreographed by Jake Kuzma. 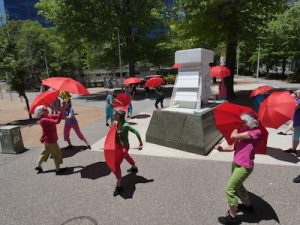 CDT’s GOLDs created a series of HAPPENINGS in Latin American Plaza and Childers Street on Wednesday 4 and Thursday 5 December, bringing some colour to lunchtime and the end of the working day. 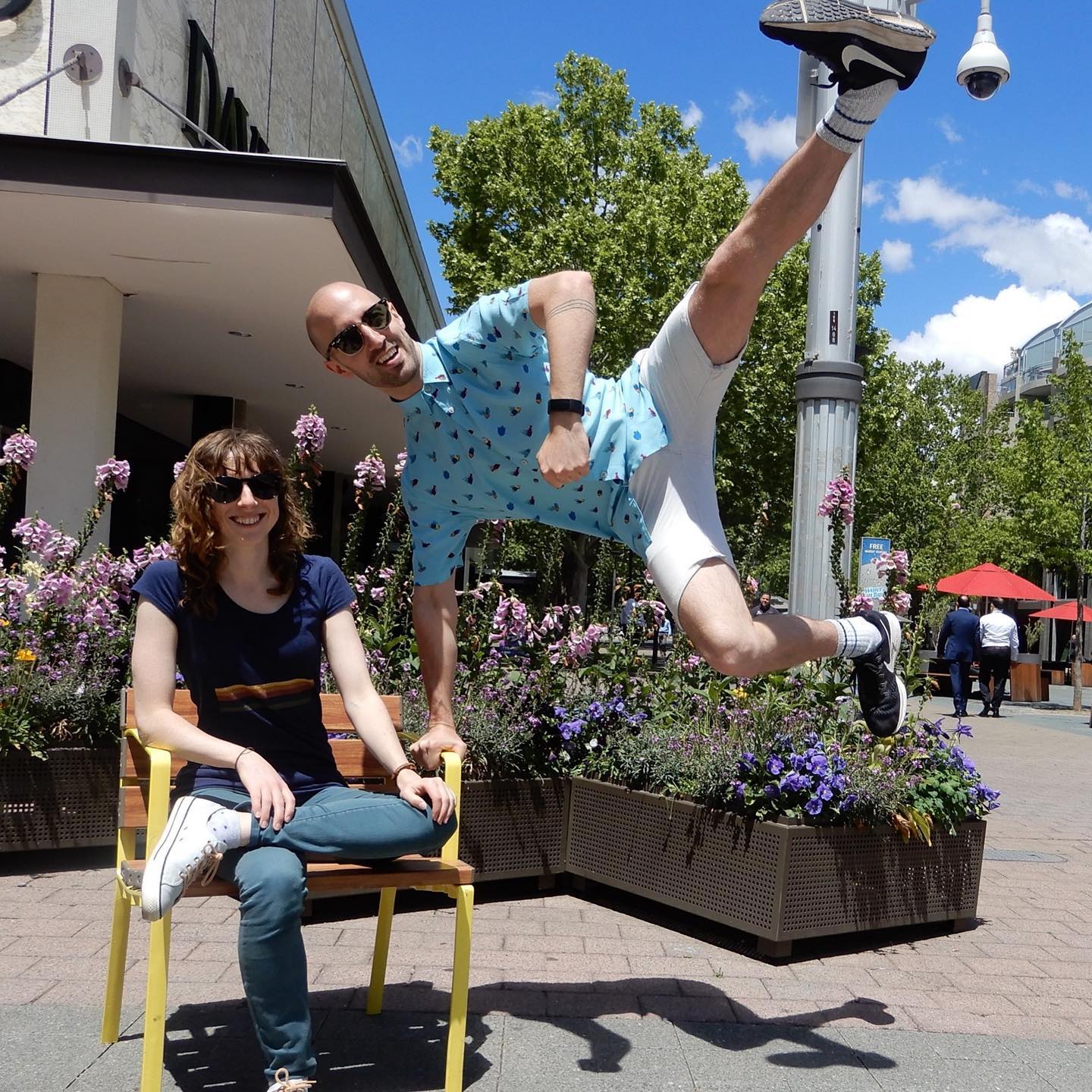 Ashlee Bye and Jake Kuzma are both Canberra locals and former members of QL2.

Ashlee is a graduate of Victorian College of the Arts. She has recently returned to Canberra after six years facilitating dance in secondary schools in Melbourne, and creating and performing in site specific events for arts and community festivals. Ashlee is also a qualified Pilates instructor.

Jake’s dancing roots are in contemporary, floor work and urban movement. A graduate of Queensland University of Technology (QUT), Jake’s performance, choreography and teaching have taken him around Australia and to Canada and China.

Read more about Ashlee and Jake at https://canberradancetheatre.org/staff-and-teachers/

The PLAYING UP project was supported a City Grant from the ACT Government City Renewal Authority.